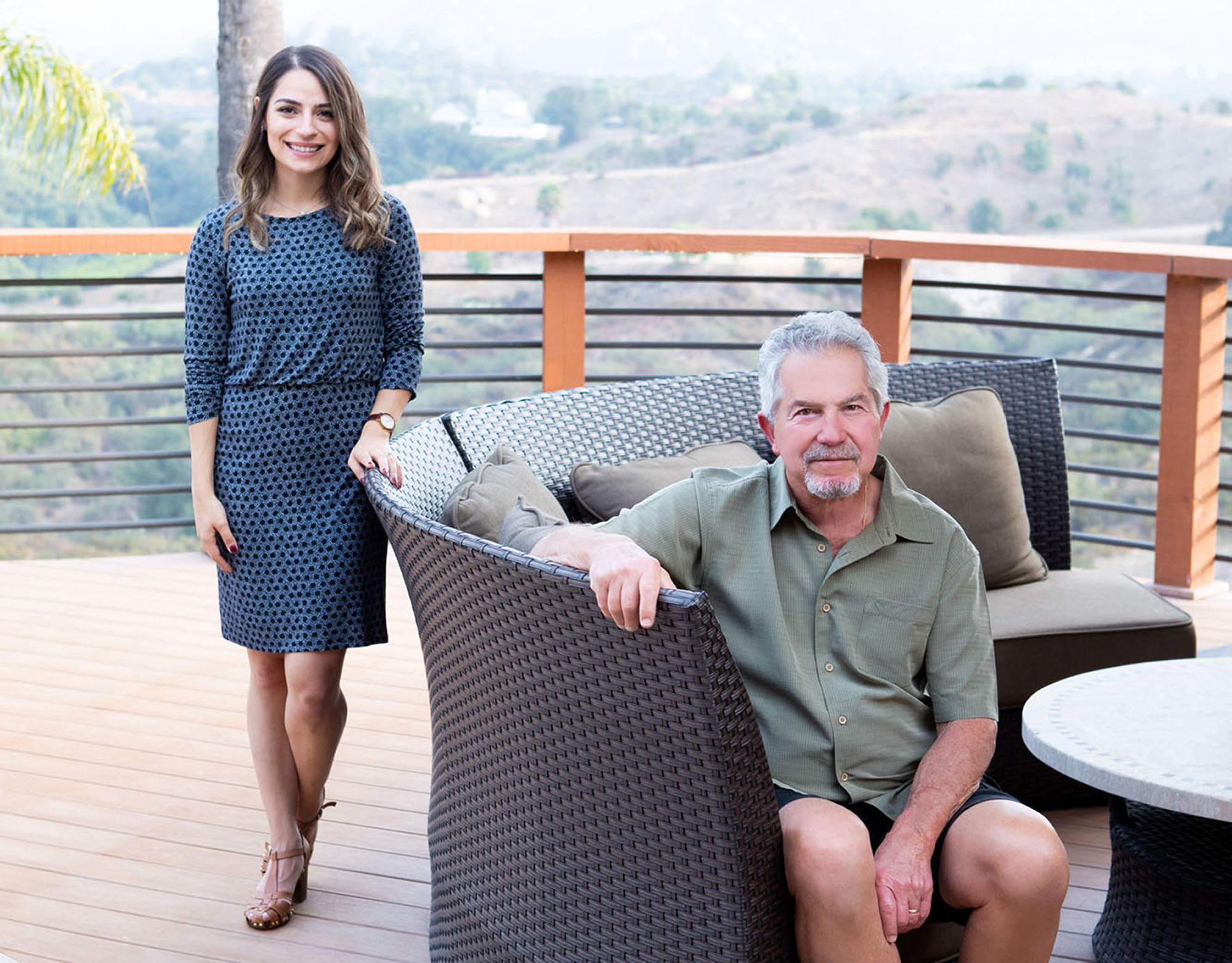 I met Rachelle Manookian for the first time in a video in­terview in March 2018. She had called to discuss the results of genetic tests related to my recurrent prostate cancer. (I had a prostatectomy in 1998.) Even though she was in Los Angeles and I was in San Diego, her incredible, sparkling, caring nature transcended the distance as if she were right there next to me. I immediately felt cared for, which unfortunately isn't the way I have always felt at the Veterans Health Administration (VA).

During the interview, Rachelle developed a full genetic profile, even informing me that my paternal lineage is of East European Ashkenazi Jewish ancestry. My profile included my father's prostate cancer and my sister's pancreatic cancer, which she explained could be caused by a shared genetic mutation.

Rachelle was very thorough and described what the tests re­vealed and what further tests should be considered, along with their associated benefits, risks, and limitations. She explained a VA precision oncology program and suggested that I obtain original tumor tissue from 1998 for genetic testing. She was also aware of a new program that involved a liquid biopsy that could yield relevant information and promised to look into that op­tion. Following every lead, Rachelle got the test approved and ordered.

"She left no stone unturned in a quest to find me the very best care available to anyone, anywhere."

Rachelle also warmly welcomed my wife into the conversation.

My wife, a registered nurse, has been unrelenting, trying to get me to take a myriad of supplements based on her own prostate cancer research. She pressed me to eat green, leafy weeds instead of a juicy, delicious steak and certainly not my beloved cookies and milk. She found an ally in Rachelle, who impressed her con­siderably, and together they developed an approach to the hated diet and exercise regime that even I could somewhat support (but don't tell my wife that I said that!).

I had a follow-up appointment with Rachelle in July 2018 to review a comprehensive genetic panel, ordered to identify any mutations that may have a role in my cancer. We hoped that any identified mutations would lead to a newly developed drug or clinical trial that could attack my cancer with precision, which appealed to me because the approach of grabbing a drug off the shelf and wondering if it will work for a little while is so yesterday to me.

Unfortunately, the only mutation the panel revealed was a single, unrelated gene mutation. Rachelle explained the signifi­cance of that mutation and said there was nothing further to be gained by pursuing a treatment plan from a genetic standpoint.

In addition to my disappointment, I was also somewhat saddened knowing that the provider/patient relationship had reached an end.

"Rachelle had given me a sense of confidence, optimism, and hope."

But wait! It did not end there. About a year later, Rachelle called. She was making a professional move but discovered a clinical trial at UCLA that might work for me. A year later, she remembered me, she remembered my condition, my hopes for a precision-medicine approach, my previous disappointments, and she called me.

I was so humbled, so gratified, and so encouraged that such an individual actually existed in the medical community. After years of indeterminate scans and tests, this clinical trial identified exactly where my cancer was located, enabling tumor biopsies and sequencing. Getting an accurate answer to the question I had been asking for 10 years was incredible. It lifted a significant burden from my wife and me to learn that our sons would not have an additional risk of prostate cancer due to my genetics. It also gave us the advantage of being prepared for developing treatments. I owe that to the most amazing medical practitioner I have ever had the good fortune to meet.

Since our last official appointment, Rachelle has shown her caring spirit by checking in on me from time to time. Even though she is not with the VA anymore, she still checks in. Who does that? She also volunteers every year at a retreat for children with life-threatening illnesses. Rachelle walks on water, and I am both honored and humbled to nominate her for the Heart of Genetic Counseling Award.